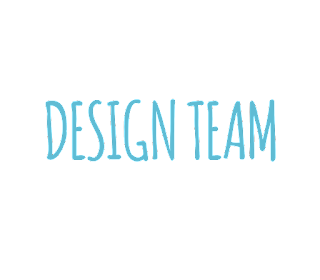 I will be sending out emails soon to let you now the details:

I had many wonderful applicants but sadly, I can't take everyone in the team. Thank you so much for your interest and I will keep your information for the future in case someone needs to step down of the team. 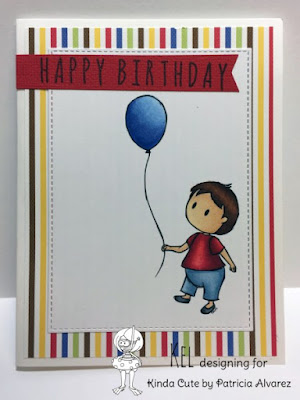 I hope you had a great weekend!

Here is another birthday card made by my team (aren't they gorgeous?). Kel made this colorful project using Baby and balloon digital stamp (find it in Etsy here)

I love the patterned paper and how it looks so bright with the image. Her coloring is very pretty too.

I hope you like the card and if you want to know more details, visit Kel's blog ;).

Email ThisBlogThis!Share to TwitterShare to FacebookShare to Pinterest
Labels: baby with balloon, Kel 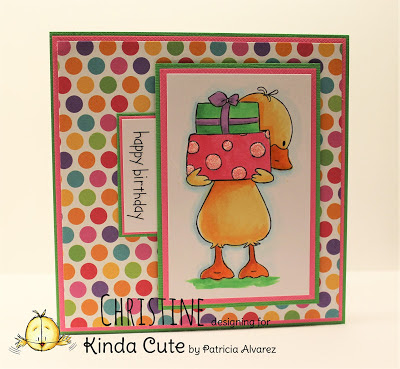 Today I have a another great card made by Christine on January 24th.

She made a very colorful birthday card using Duck with presents digital stamp that you can find here too. I love the layering and how she added the sentiment.

The papers are perfect with the them and she colored the stamp with the same color combination.

Here you can find the colors she used. For more details, visit her blog.

I hope you like her card. I will be back soon with more inspiration for you!

Email ThisBlogThis!Share to TwitterShare to FacebookShare to Pinterest
Labels: Christine, duck with presents 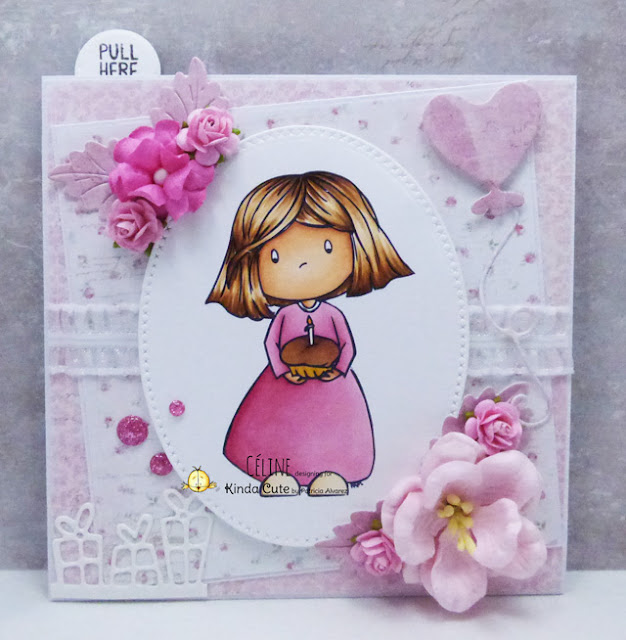 Today I am sharing a card that our DT member Céline published in her blog a couple of days ago using Birthday girl digital stamp. I personally love the design, colors and elements she used to embellish it. She always has the most beautiful dies for that. You can find more details about her project here.


As you can see, there is a tab in the side of the car that says "Pull here". In the second photo you can see the inside and how beautiful decorated it is. 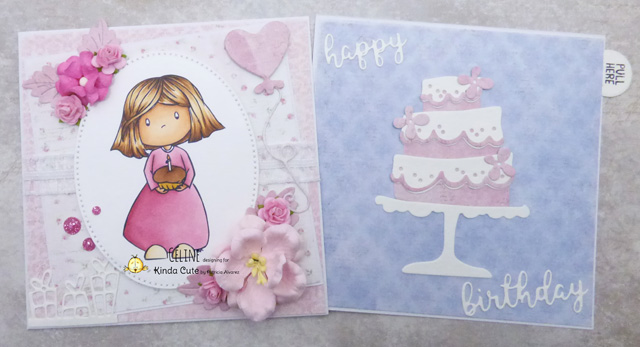 Here are the colors that Céline used for this birthday digital stamp.

I hope you like the card and you have a lot of crafty time this week! 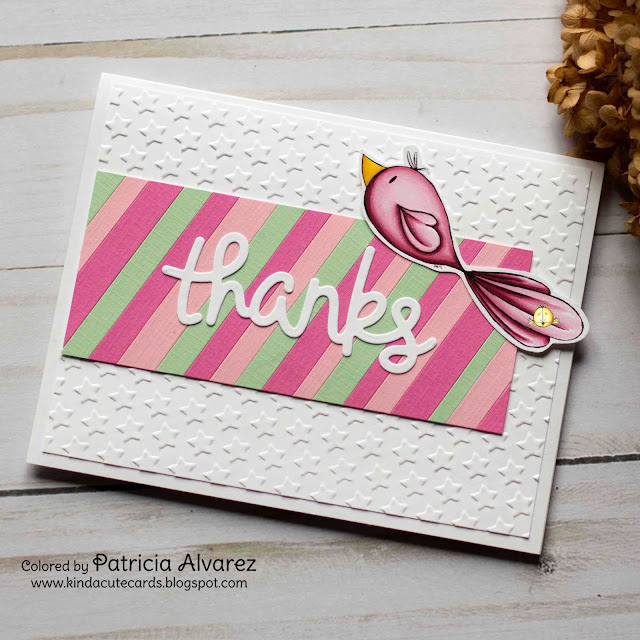 I am back here with a new card. This time it is one I made last year using the image called Lovebird. You can find the original blog post in my Kinda Cute Cards blog.
I colored it with Copic markers but I can't find the colors I used. Maybe I didn't write them down.
For the card I used strips of pinks and green glued to a piece of cardstock and a die cut.
As I love embossing...there is embossing here ;).

I have a 40% off in all the digital products in my shop. The offer ends today! All the products are direct download. Check my shop here. 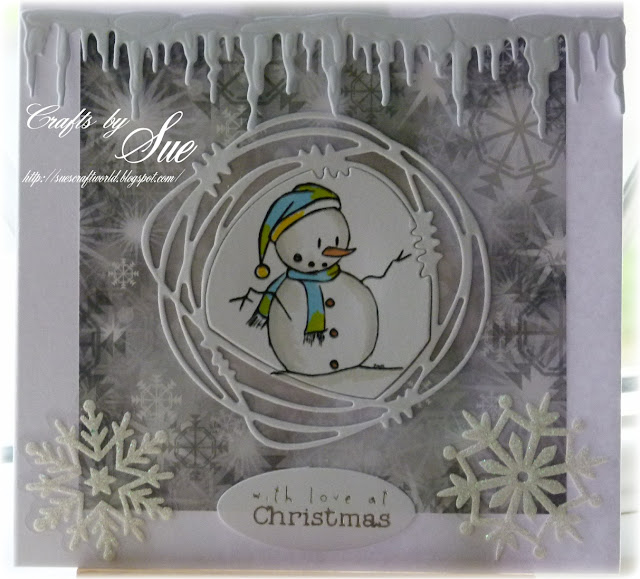 today I have a card that Sue made using one of the freebies that I give with the subscription to my shop newsletter.

She made a fantastic job with the design and I love all the dies and embellishments that she used. You can find the details in her blog.

Thanks for visiting! Hugs, 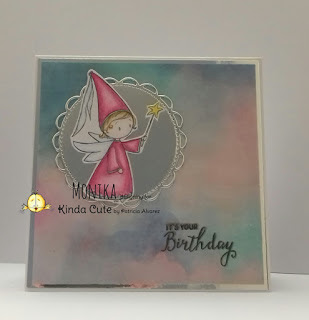 Today I have a cute card made by Monika featuring the digital stamp called Fairy with wand. If you check Monika's blog you will see that she usually uses colored pencils in her projects.

This project has a lovely coloring and the detail of the metallic paper really works on this card.

I hope you like the card! I will be back soon!

Email ThisBlogThis!Share to TwitterShare to FacebookShare to Pinterest
Labels: fairy with wand, Monika

Showcasing Girl with cat, a freebie 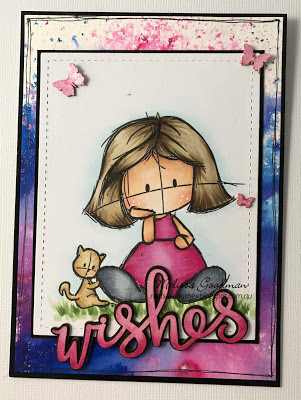 today I am showing you this fantastic card that Melissa made last year. This is one of the free digital stamps that I offer with the subscription of my shop newsletter. You can subscribe here.

I love the colors and how she made the background. The little butterflies are the perfect touch to the card.You can find all the details in her blog.

Email ThisBlogThis!Share to TwitterShare to FacebookShare to Pinterest
Labels: girl with cat, Melissa 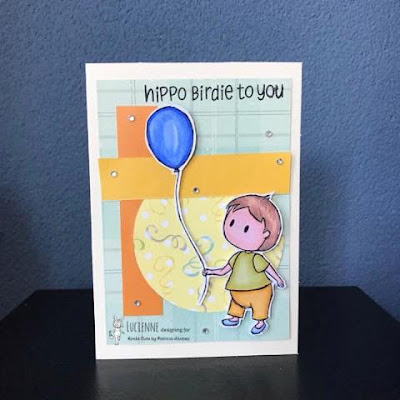 Today I am showing you one of the cards that Lucienne made using Baby with balloon digital stamp. She colored the image with Spectrum Noir markers, here are the colors:

. I didn't have a chart this time because, although I have Spectrum Noir, I don't recognize those colors, maybe they are the new illustrator Spectrum Noir.

She made great card using different layers and cutting the stamp, which gives the image a little dimension.

Thanks for stopping by!

Big new release in the shop!!! 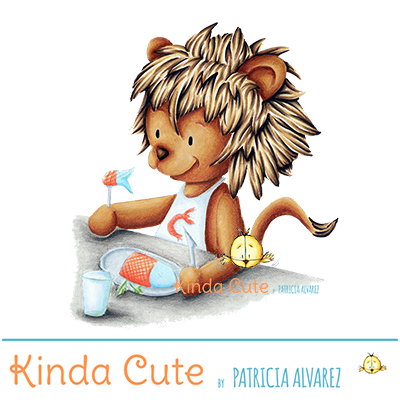 Today I have a huge release in the shop. A couple of clear stamp sets (I am going to grow the collection this year) and eight new digital stamps.

As you can imagine I don't have many to choose from yet (it takes me a couple of hours to color each one!) but little by little you will find the shop more colorful. If you see the product with the colored image, you would be able to buy the colored version ;).

And now the new release:

I have two new sets in the shop. You have already seen the Easter girl as digital stamp but now it is a clear stamp! The set have 5 different clear stamps, the easter girl, two easter eggs (or not easter, just two eggs) and two sentiments, in English and Spanish. They say "felices pascuas" and "happy easter".

The Ballerina clear stamp set is completely new! I don't have it as digital stamp and it comes with 7 different stamps in it. The ballerina, a couple of stars and four sentiments, two in English and two in Spanish. They say the same thing in both languages: "keep dancing" and "sigue bailando"; "you did it!" and "¡lo hiciste!".

This stamp is available in pre colored version too. I colored it with copic markers and colored pencils.  I originally called cooking siblings (my English) but then I realized two things. First, nobody was cooking siblings, and second they are kind of baking instead of cooking. So to be safe I called it Baking only, haha.
Maybe it is a little late for this year, but  this asian girl wouldn't be nice in a Chinese new year card?

I made this illustration last year but I didn't turned to a stamp until recently. It would be very cute in a planner page or scrapbook page. I hope I can make one of each month and maybe we can make a calendar? For now I have this March lettering and an April lettering.

I thought this lion eating fish was cute and funny. I draw the head of the lion and asked my daughter what did she think he was doing. She said, the lion was eating fish so...he is eating fish ;). I particularly like that he is wearing a seafood bib.


It is still cold outside, particularly the day I draw the penguin. I don't have anything to customize him but I am thinking he could be really cute with a birthday hat.

Thinking about the three little pigs story I ended up with this illustration of the pig and the wolf. Why couldn't they be friends? I seriously hope this wolf is vegetarian, haha.

This is part (because the real thing is huge) of the illustration that my daughter asked me for her birthday. For any reason she wanted a girl and a piñata to be a kangaroo. Well...it is piñata so the kangaroo was going to look weird anyway!

If you have been following me my illustrations on instagram you would have seen the sketch of this Boy and chicken digital stamp. I didn't change the chicken but I did change the boy a little bit. Now he looks older.

I hope you like the new release. As I said in the title it is a big one. Probably the biggest one since I opened the shop.

Don't worry, I am working in more cute stuff for next month and I will probably release something in the middle of the month too ;).